Can You Beat Fallout 3 As A Nuclear Anomaly? 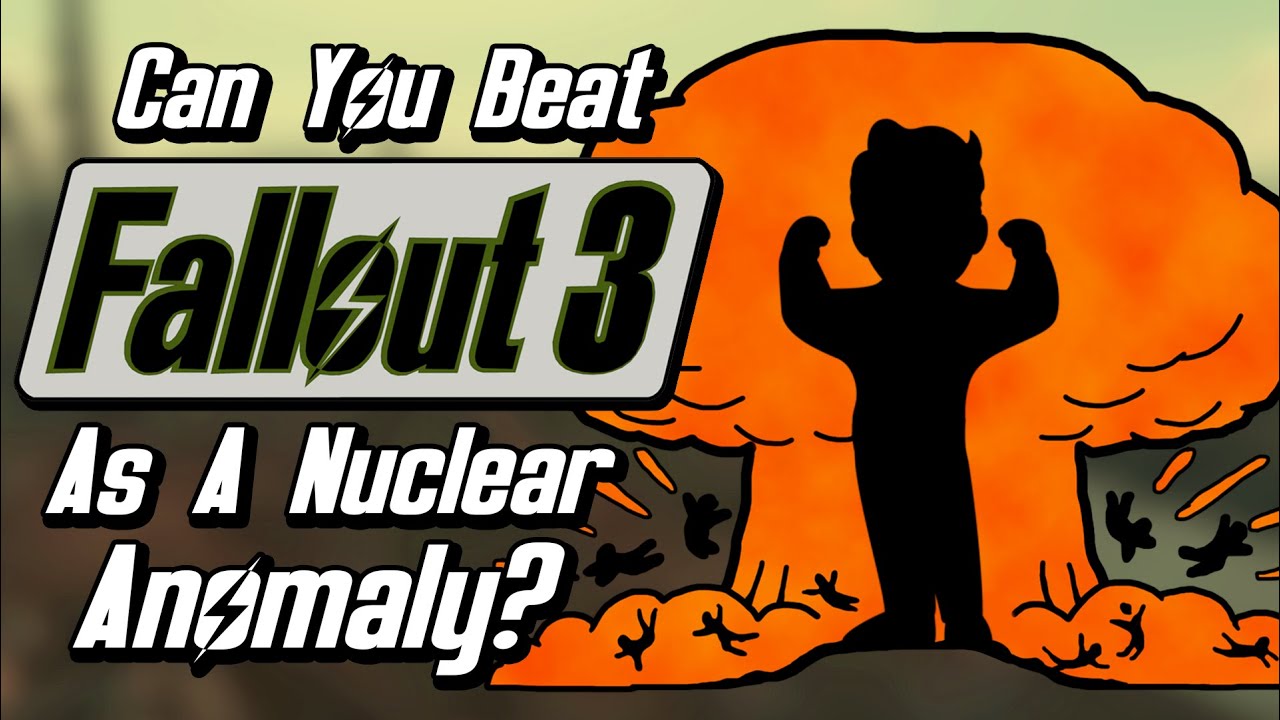 There are a lot of perks in Fallout 3. The majority of them just provide small bonuses to various skills: +5 to Repair and Medicine, +15 to Barter, +10 to Speech, that sort of thing. But there’s one perk that actually gives you a new way to attack enemies. Can You Beat Fallout 3 As A Nuclear Anomaly?

Can You Beat Fallout 3 As A Nuclear Anomaly? (in text form)

Uh… probably not. Nuclear Anomaly is a perk you can’t get until you reach level 30, which also happens to be the max level in Fallout 3 even with all DLCs installed. In this challenge, the only way to attack an enemy is with that perk. So could you somehow reach level 30 in Fallout 3 without attacking anything? I highly doubt it since there are no XP farm “exploits”, if you want to call them that, like there are in Fallout 4, at least not that I’m aware of. Which means there are 2 ways for me to get this perk and both involve cheating, but we’ll get to that in a bit.

Inside Vault 101, I named myself Adam Bomb, and started assigning SPECIAL Points. I drained Strength, Charisma, and Intelligence because they had no value to me, maxed out Perception and Endurance to be able to take a couple important perks, and put the rest in Agility and Luck. Looking back, Luck was probably a waste, I think I would’ve been better off putting those points in Strength. The bonus to all skills is negligible and I have a hard time believing Critical damage applies to the walking Nagasaki perk. I did kill the roach during my 10th birthday party only so that I wouldn’t have to play the game as a baby or as a child, escaped the vault without attacking anything as I’ve done many times, and stepped outside ready to leave the world of mortals behind and take my place among the stars.

I used the reward xp command to give myself enough experience points to get me to level 30, and began the process of assigning skill points and picking skills. In an effort to not become too overpowered, because I’d be at level 30 and would have a bunch of perks by the time this was over, I spread out my skill points evenly amongst all skills as I leveled up. I think this is a fair way to balance things out. Almost half of the skills – Big Guns, Energy Weapons, Explosives, Melee Weapons, Small Guns, and Unarmed – are worthless since I can’t use any of those weapons. Doing it this way kept me from maxing out only the skills I’d be using, like Medicine or Repair. I’m not going through all the perks I picked, there isn’t time to talk about 30 different perks.

The big ones were Explorer which marked all locations on my map, Rad Tolerance to slap Minor Radiation Poisoning back to where it belongs, Rad Absorption to turn my sweat into a cool neon green color, Devil’s Highway to set my Karma to Very Evil, Toughness which was a dumb move on my part, No Weaknesses to raise all SPECIAL stats lower than 5 up to 5, and Nuclear Anomaly. With this perk, any time your health is below 20%, you erupt into a devastating nuclear explosion causing big damage to everyone and everything near you, including your armor and your limbs.