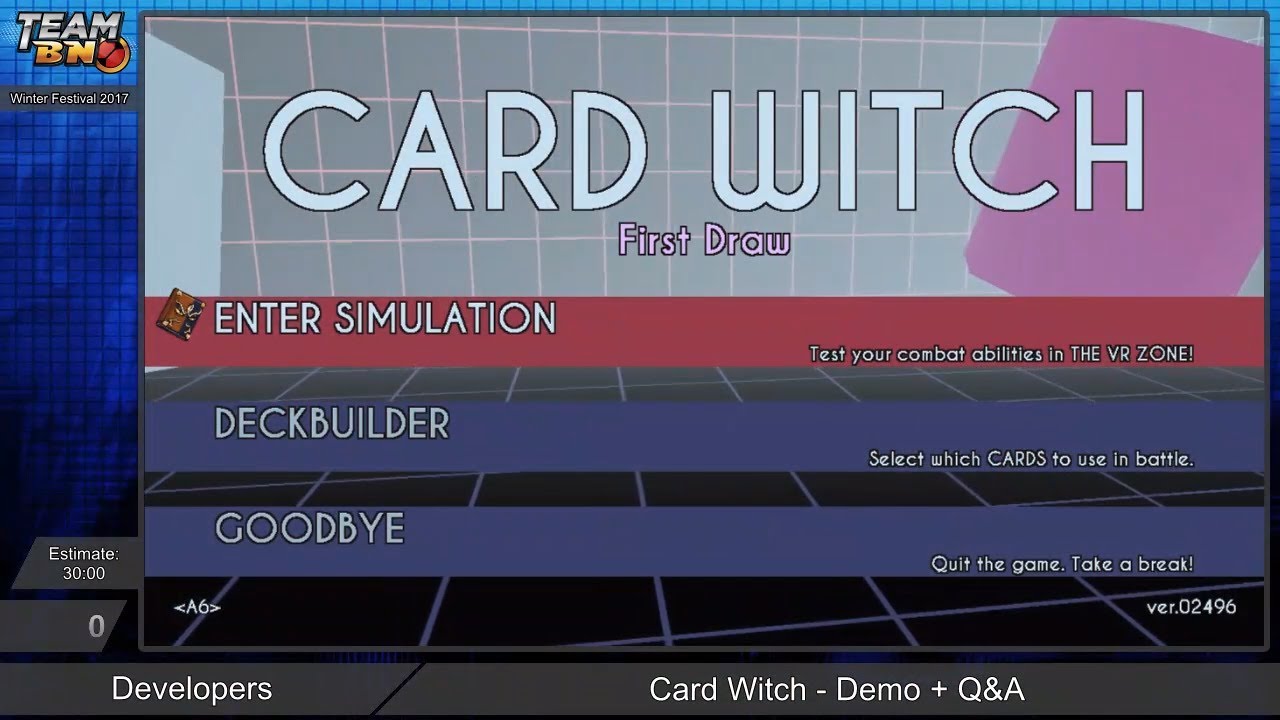 Card Witch is a Battle Network inspired RPG by a6Productions, creators of Joylancer. Follow Julia Morgan on her rampage through a world of magic as she takes control of a city and fights off all challengers! Download the playable demo (and learn more about the game) here: alphasixproductions.itch.io/card-witch

All Winter Festival 2017 videos can be found here

TeamBN is a group of speedrunners and fans of the Mega Man Battle Network and Mega Man Star Force series. TeamBN is best known for their bi-annual events which feature a large selection of games from both series, as well as lots of community content like fangames, indie originals, and online netbattles! All events are streamed live on our Twitch channel as well as uploaded to our YouTube channel. Follow our Twitter for updates, news, and announcements.