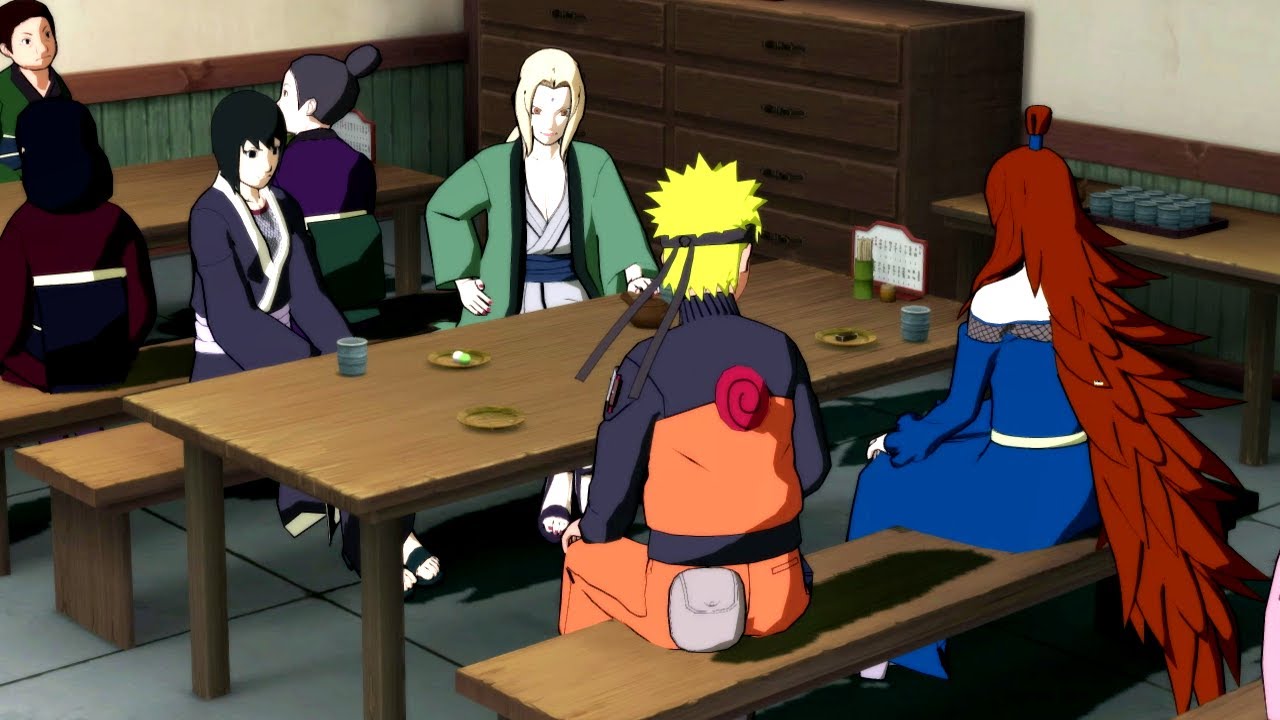 Naruto talks with mei and tsunade about tea and appearances . Tsunade prefers to have the looks of a young lady . Naruto like to call tsunade grandma . This is part of the naruto shippuden ultimate ninja storm 3 game based on the naruto and boruto anime .
Naruto Shippuden Ultimate Ninja Storm 3 is the fourth installment of the Naruto Shippuden series and is a fighting game developed by CyberConnect2 as part of the Naruto Ultimate Ninja video game series which is based on the successful Naruto manga by Masashi Kishimoto. The plot takes place after Ultimate Ninja Storm 2 and it begins with the leaders of all villages, the Kages , gathering to discuss the recent attacks by criminal organization Akatsuki and the involvement of former Konohagakure ninja Sasuke Uchiha on the latest one.

Please check out my other videos 🙂